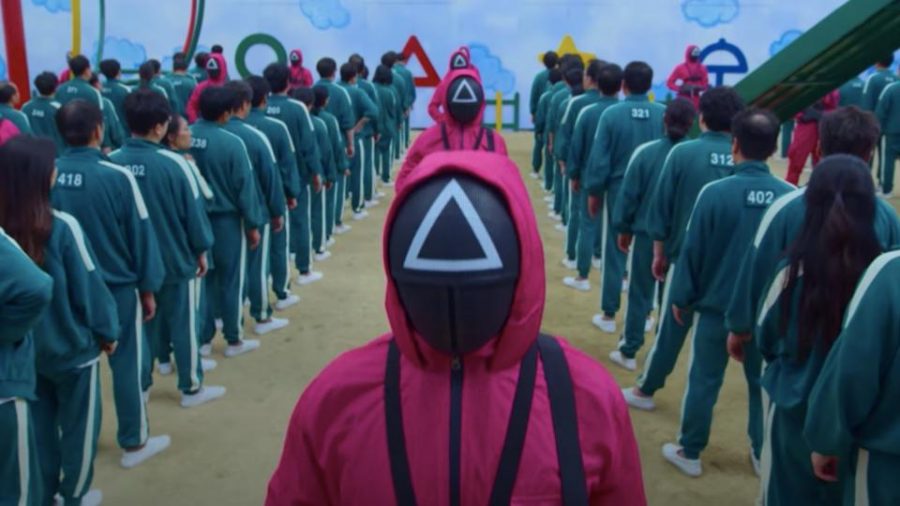 Have you ever watched any Saw movies? Imagine yourself being in that position where you’re forced to play a game to live, but instead of being kidnapped, you’re choosing to participate. Instead of playing those horrific games, you’re playing a child’s game. On September 17, Netflix dropped a K-drama called Squid Game. A series where a group of individuals who have financial problems, risk their lives to play a child’s game for a prize of getting a large sum of money. Characters would be asked to play a small game with a deal by a salesman. A deal that’s based on winning some money. If they won, they’d earn it, but if they lost, it was up to them to pay. No hoax appeared as the players got the money the salesman said they would get. He introduced them to a phone number where if they play more games, they’ll earn more money.

It was up to them if they wanted to play or not. For those who agreed/trusted the words from the salesman because of the amount of money they earned, were informed to meet up at a certain location to be picked up by a staff member. There were a total of 6 games that the characters had to play. If you didn’t follow the rules, you would be eliminated. Throughout the series, a police officer is investigating his missing brother to a clue he found that was related to the main character. Did whatever it took him to investigate what happened and where he was. Each episode was filled with unexpected surprises, plot twist, and thrillers. “It is a show meant to appeal to its viewers’ twisted inner child.” It shows what money can negatively affect a person, shows us what they’re capable of doing as betrayal sets in. You would be surprised to see the end, see the one who created the game for this reason. Would you end up watching Squid Game?