Blue Thunder Theatre Troupe is Back Up and Running 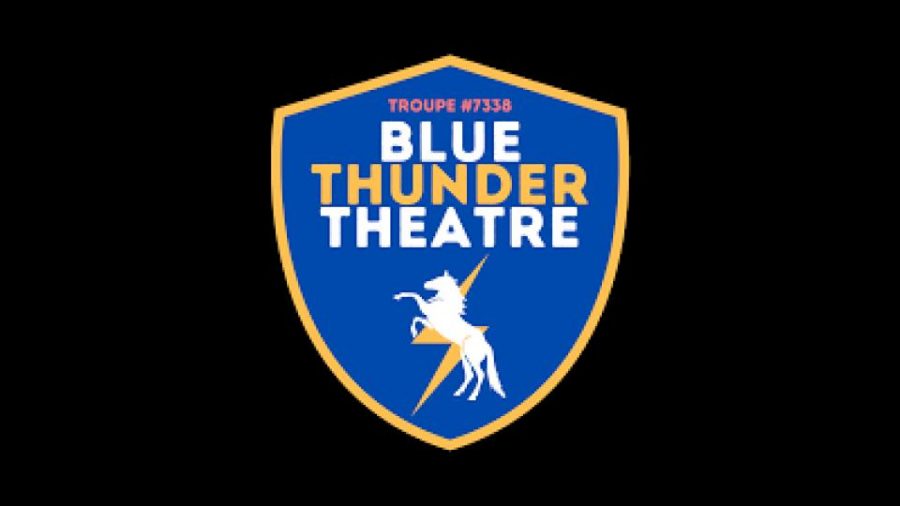 After a year of only online schooling and drama, the Belvidere North drama department “Blue Thunder Theatre Troupe #7338” is back up and running. Puffs or Seven Increasingly Eventful Years At a Certain School of Magic and Magic written by Matt Cox is the official fall production. Puffs is a magical comedy following three friends trying to navigate magic school. The official cast list was posted on Sept. 10th outside the Black Box and on the official @bluethundertheatre Instagram page. Puffs will open on Nov. 5 in person at the Belvidere High school Performing Arts Center. We are always in need of backstage crew so feel free to join the team. The theater department, led by Mr. Zimmerman will be producing and performing three shows throughout the 2021-2022 school year. They will also be performing Brain storm by Ned Glasier and Freaky Friday the musical by Bridget Carpenter.

These aren’t the only shows this year. Our improv team ‘Improv Anonymous’ will be having shows as well. After three open improv Fridays, tryouts were on Sept. 24th. The official team list is posted outside of the blackbox. Improv shows will be held in room 1104.

When asked about his feelings on the theatre department being back in person Mychall Cornejo (Assistant Director) said this.

“I am very excited to be here. Mr. Zimmerman and I have worked together for the past like two years, on multiple shows. And honestly the north kids have a lot of talent that hasn’t been touched because we haven’t been able to do theatre. So it’s been really exciting to be able to work with Mr. Zimmerman and to make the show happen in person.”

“There’s been a lot of feelings. Last year was rough for a lot of us, especially with still trying to create theatre in the space that we had but I’m very excited at the possibility of us getting to finally do a show on stage again and going as big as we can with it. Just to welcome us back to the theatre.”

Any and all information regarding theatre can be found on the call board outside of room 1104 or you can contact Mr. Zimmerman.