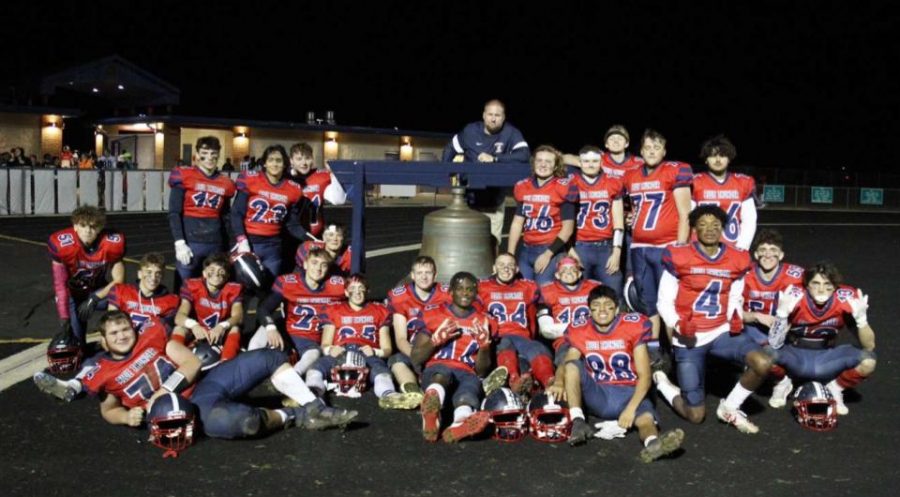 Friday, October 15th marked the Belvidere North Varsity Football’s second to last game. Almost finishing off the season, the boys definitely had an amazing run. With only one more Friday left in the Nic-10 Conference games, the boys are currently 6-2. This last week was an especially important game for the team, with it being Senior Night. The night was spent on our home fields at Milt Brown Stadium, Belvidere North High School, against the Guilford Vikings. Before the Varsity game started, all Football, Cheerleading, Poms, and Band Seniors got to walk with their parents down the track. The stands were packed with many family members and fans. The Blue Crew/Student Section had quite a lot of student support as well, with a neon theme. National Honors Society had many activities in support of Breast Cancer Awareness. The game ended up being a blow-out, with a score of 48-12. The boys have been qualified to be in the playoffs since week five, when the team was 5-0, but this game solidified why they deserve to be there. They’ll find out who they first go against in playoffs shortly.

The season is winding down, and Senior Aaron Winters had a lot of positive things to say about the season, “Over this year the team has grown tremendously, beating Boylan for the second time in school history was definitely a highlight of this season. Going into playoffs as a team we need to continue to build upon each other, sticking together to play our best football. Hopefully we’ll be able to secure a home game for first round.”

Their final game of the conference is this Friday, October 22nd, playing the Freeport Pretzels at Freeport High School, kick-off is at 6:30pm. Will the team finish off their season going 7-2?