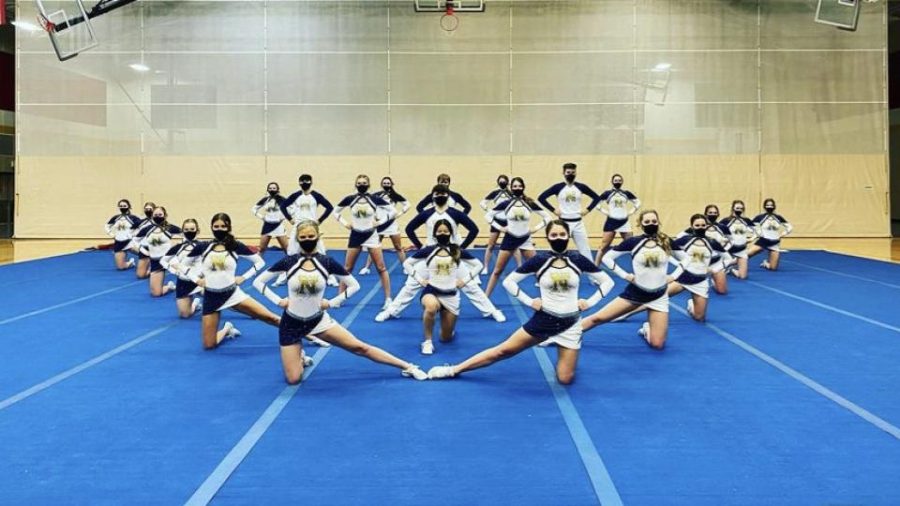 The Fall sports season may be winding down for many, but for Belvidere North Cheerleaders, the season is just getting started. To them, the last few months were just a warmup. These athletes take their sport extremely seriously, taking up roughly 10 out of the 12 months a year. The boys and girls train all summer at “Cheerfit” practices from June through August bright and early around 7 am on the track every week. They then go immediately into football season starting in September lasting all the way until the end of playoffs in October. However, the team gets no break. Following the first Saturday playoff game, competition tryouts are held that Monday and Tuesday, with practices starting Wednesday and Thursday. That weekend, the team has 15 hours of choreography practice time. 3 hours on Friday, 6 on Saturday, and 6 on Sunday. The season lasts until State Finals in February.

Even throughout summer training and football games the coed team’s main focus on their minds… is the competition State Finals. Fighting to win the gold for the 4th time, and upholding their tradition of winning conference and sectionals.

For many seniors, this has been their life cycle for the past four years. Senior flyer Giannah Mabie, 2x State Champion and State Runner Up with Belvidere North Varsity, says, “Now that competition season is here the team and I are so excited for what this year has in store for us. This team has been working harder than ever before these past few months to make this season something special. This is one of the most talented groups i’ve ever worked with and we’re so excited to show people what we are made of this season. Keep a look out for the BNorth Thunder, we are about to shock the IHSA.”