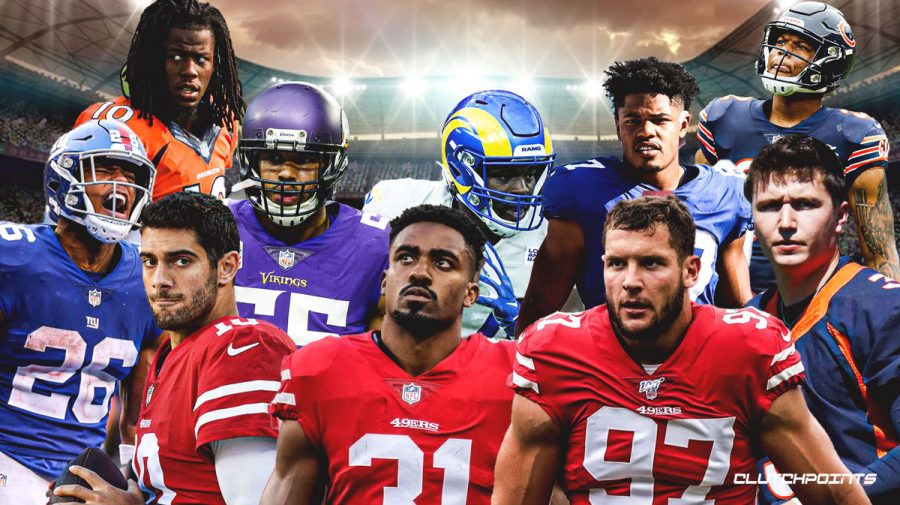 Saquon Barkley, Christian McCaffrey, and Jimmy Garoppolo are just a few of many players that went down with injury in the first two weeks of the NFL season. As the 2020-2021 NFL season has started, there have been numerous injuries around the league including a lot of big name players. From torn ligaments to punctured lungs, teams are suffering as star players are being injured left and right over the weekend.

The first two weeks have seen lots of injuries, however most of them occurred during the games on Sunday Sep.25. New York Giants running back Saquon Barkley suffered an ACL tear, as did Denver Broncos wide receiver Courtland Sutton, and Seattle Seahawks defender, Bruce Irvin. Carolina Panthers running back Christian McCaffrey suffered an ankle injury and is expected to miss four to six weeks.

While most players got injured from being out on the field, that wasn’t the case for all. The Los Angeles Chargers quarterback Tyrod Taylor attempted to get a shot from the team doctor for his ribs to help with pain. When the team doctor was giving Taylor the shot, he accidentally punctured one of his lungs with the needle. Taylor was taken to the hospital after he experienced difficulties breathing according to the Los Angeles Chargers. He was discharged later and is expected to miss next week’s game against the Carolina Panthers.

“Just made a mistake. I am not angry at all. It happens,” said head coach Anthony Lynn. “No one is perfect. The doctor, I know, is a good man. It was unfortunate.”