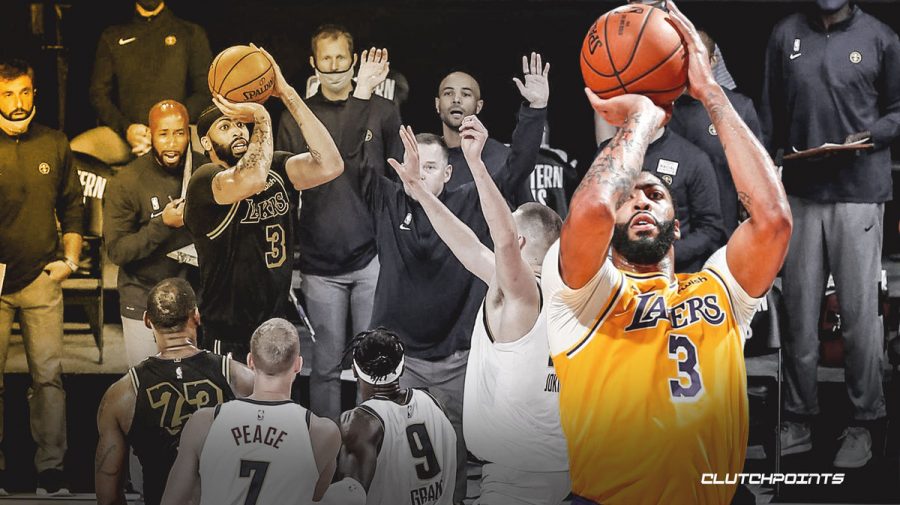 A shot to remember, many have said it was a shot Kobe would hit. However it was Anthony Davis this time for the Los Angeles Lakers. In the all black Mamba jerseys it was a perfect highlight reel moment for the team and of course Anthony Davis. While the game they thought to have in the bag was getting away from the Lakers, when the opposing team, Nuggets, had a 12 point scoring spree by Jokic. The game turned nerve racking because the Nuggets now had a one point lead. It came down to the last few seconds of an inbound play where Rajan Rondo was the inbounder with Davis rushing around to the three point line and Rondo hit him with the pass. Davis miraculously pulls up for the shot, a swish, giving the Lakers a two point lead. All during this time milliseconds to spare he hit the shot to win the game with a buzzer beater.

There is a backstory on this shot to do with the actual same spot on the court, behind the three point line. In an earlier season game Davis missed the same three point buzzer beater which led to them losing the game. Davis took that upon himself to train for those clutch moments in times of desperation on the court, down a couple points and the pressure is on the two stars of the team. Anthony Davis and Lebron James being the main features, James is known for his clutch moments and most likely draws a double team because the Lakers want to get the ball in the playmakers hands. The double team on Lebron means someone else will be open somewhere and this time it happened to be Anthony Davis. Prepared mentally and physically for the clutch shot this time. People all around America were ecstatic over the shot and it showed it affected the Lakers also. Post game interview the team gets emotional because of Kobe’s death but the jerseys they had on were a memorial of him, Davis said “We never want to lose in these jerseys,” as if they gave them powers or made them play better. Overall it was a huge moment in the NBA and gives fans more excitement to watch the rest of the season.