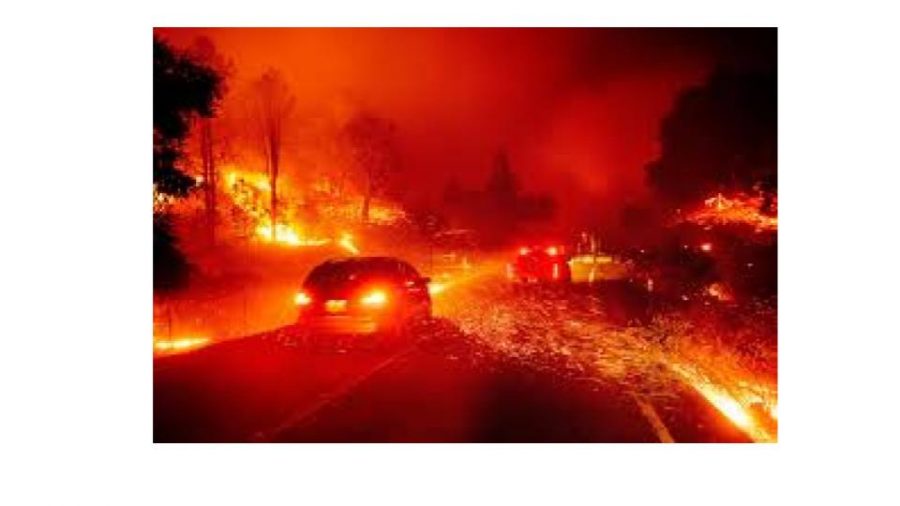 Many more families were forced to evacuate their homes on Wednesday in California due to wildfire. The region has been dealing with wildfire for a while now, but firefighters fear there is going to be mega inferno on the way. Since there has been lots of powerful wind and dry conditions in the region, fire has been spreading fast.

Twenty four thousand buildings north of San Francisco are being threatened by the glass fire that occurred last weekend. The fires have been burning through woods and homes in Northern California. About 70,000 people were forced to evacuate because of the fires.

Over 3,000,000 acres of land have been burned with over 8,000 wildfires. With thousands of homes destroyed by the fires, 26 people have been confirmed dead from the fires. Forecasters in the region issued a red flag warning in the area, which is the highest alert for wildfire danger possible.

“They have been torn by wildfires seemingly every single year.” Said Gov. Gavin Newsom. “The blazes are like a drum beat  where people are exhausted, concerned, and anxious about their fate and future, not just about their safety,” he added. He is telling residents to evacuate as soon as possible because with the red flag warnings and the strong winds, many more acres could burn really fast.

The glass fire was about five percent contained by firefighters, but officials said due to the heavy smoke, it was difficult for the firefighter aircraft. There have been about 17,000 firefighters fighting the wildfires in California since mid August this year. These are some of the largest fires in state history and they fear if they can not slow the fires down enough or stop them soon that they will continue to burn down homes and forests.