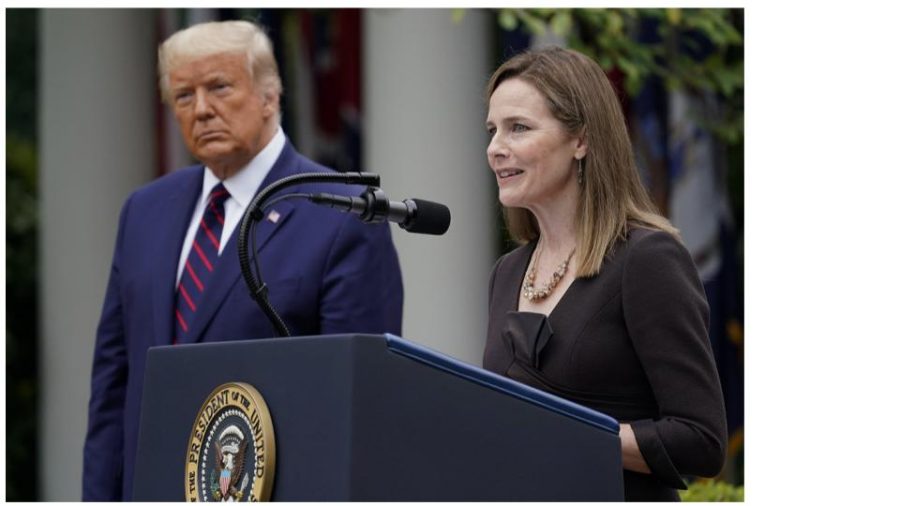 Barrett has a past of being a judge of the Seventh Circuit Court of Appeals. At Barretts speech she acknowledged Ginsburg and said she was “a woman of enormous talent and consequence. Before she went into law and becoming a judge she taught at Notre Dame for 15 years.

With the selection of the new justice, along came controversy. Many people thought President Trump shouldn’t nominate anyone until the election is over. In 2016 before Trump was elected President he claimed that former President Obama should wait until the election is over to select a new Justice for the Supreme Court, now in 2020 with the election being only a month away, he selected a new Justice for the Supreme Court. Many people including Joe Biden disagree with his choice of the rupublican nominee due to his past statements, but Biden is in a similar boat to President Trump. During the 2016 year before the election, former Vice President Joe Biden stated he thought the choice should be made by the current President, which at the time was Obama.

Barrett is known as being Catholic which means she also has controversial rulings. When she joined the Supreme Court and made the ratio 6:3, she gave the Republican side a huge advantage to the Democrats. Some of the rulings that will now lean more to the right are pro life, gun rights, immigration and many more. People will disagree with her beliefs but will she stay true to what she believes in.