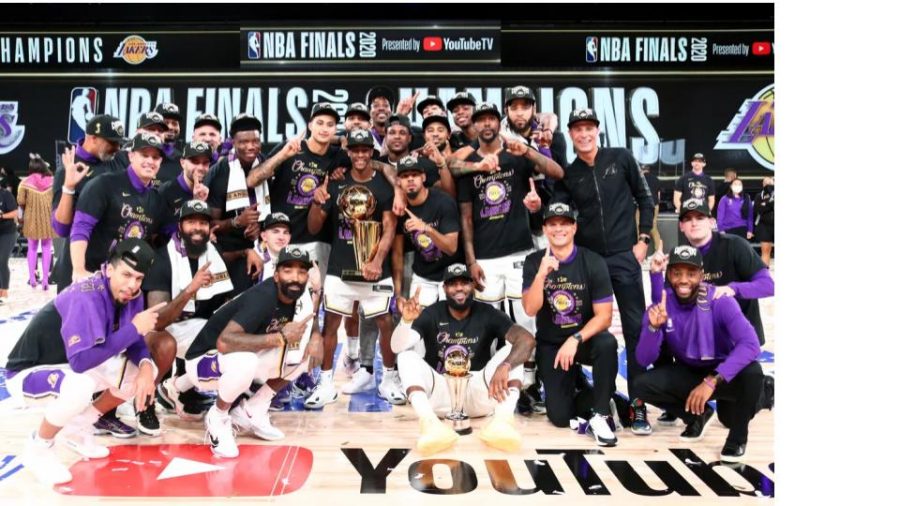 The 2020 NBA Finals have just finished ending the 2020 season. The season was full of ups and downs due to many new complications that we’ve never seen before. Though the complications were difficult to overcome, the Los Angeles Lakers and Miami Heat did just that. The number one seed Lakers went on to beat the five seed Heat in the finals.

In the finals, the Lakers had a clear advantage over the young Miami team. With Lebron James in his 17 year, he had plenty of experience in the situations he was put in. To start the series, in game one Anthony Davis led the Lakers to the win the score was 116-98 putting them up 1-0 in the series. Davis scored 34 points and grabbed nine rebounds while James was behind him with 25 points. Miami’s leading scorer was Jimmy Butler who got them 23 points. In game two the Lakers got another win and went up 2-0 in the series. James and Davis combined for 65 of their teams 124 points. Going into game three, Butler and the Heat knew they needed to step it up, and so they did. Butler played the best game of his career going off for a 40 point triple double while playing a total of 45 minutes. They won that game 115-104 showing signs of hope and showing they weren’t done just yet. After a hot game three the Miami Heat came out and didn’t play their best, they got beat 102-96 while James scored 28 points. With their backs against the wall, win or go home situation, the Heat knew they needed to step it up.

When asked about the game Butler said “We know that we got to be better, we know that we can be better.” In game five Butler put the team on his back and carried them to a 111-108 victory scoring a 35 point triple double while playing another 47 minutes. Forward Duncan Robinson stepped up big time in this game making big three pointers. With their backs still against the wall they knew this game was huge. The Lakers still had some breathing room but not much. In game six the Lakers won the NBA Finals 106-93, the Lakers had control of this game the whole time. After the game James said this win was ”For Kobe.”

With this win, James accumulates another finals ring which also sparks conversation about who the greatest of all time is. Many say Jordan but after this finals many also would say James. While there is no definitive answer many people claim James won’t be comparable to Jordan until he wins six total NBA Finals like Jordan did throughout his career.