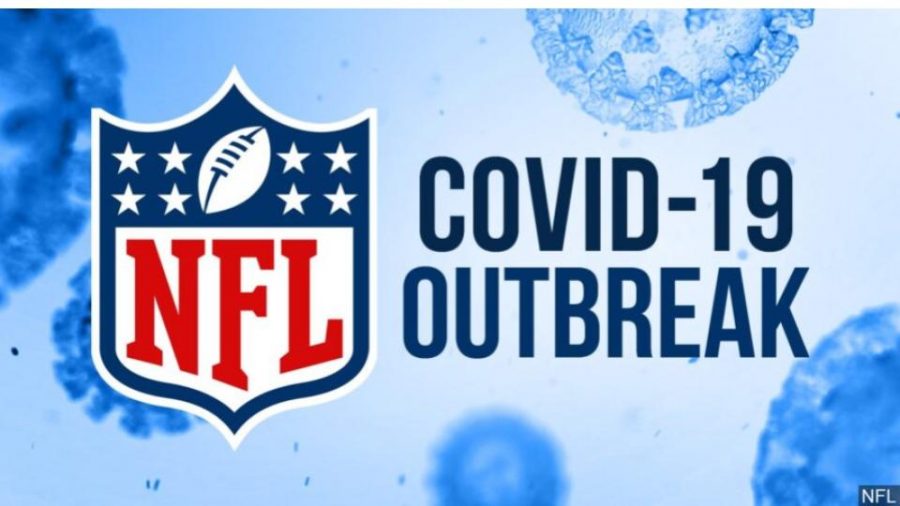 NFL players around the league have been testing positive for covid-19 in the last few weeks. Games have been postponed, players have been sitting out, and many questions are being asked about if the NFL will be able to continue the season and not have to stop due to Covid-19.
The Tennessee Titans had a team outbreak as many players and staff tested positive for the virus. Because of this, the Titans had two games postponed. The Kansas City Chiefs vs New England Patriots got postponed from Sunday to Monday Night due to players on both teams testing positive.
The Atlanta Falcons had several positive tests as of Thursday morning and they were forced to close their facility. The Falcons game on Sunday against the Minnesota Vikings remains unscheduled. Since the Falcons played the Carolina Panthers last weekend, the Panthers have entered the NFL’s intense Covid-19 protocol.
Some players like Odell Beckham have stated that they feel ill. The Cleveland Browns had to practice without Odell Beckham because he is sick and awaiting his Covid-19 test results. The NFL is having lots of positive tests and players not playing because of being sick. This concerns people and some are worried that the season may get suspended or postponed due to Covid-19. The NFL has said they will do whatever it takes to stay running.
The NFL has been taking lots of safety precautions since the start of the season because they want to stay running and not have to suspend the season like how the NBA and NHL did. Some teams such as the Detroit Lions are even having disinfectants sprayed on players and glass dividers between players’ locker room stations. The NFL also requires all coaches and staff to wear masks on the sidelines and some coaches have even been fined for taking them off.