Belvidere North Boys: Back to Back Champs 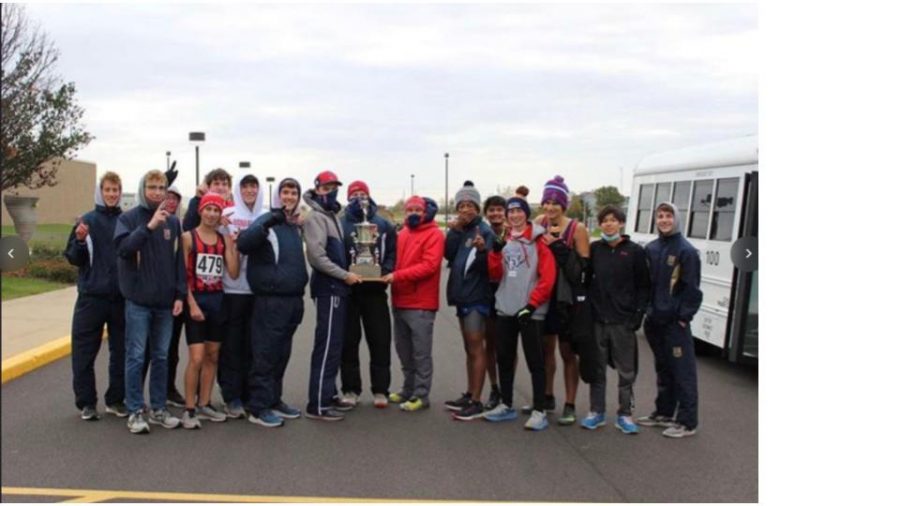 This year’s cross country NIC 10 Conference Championship race was held at Belvidere High school. All of the NIC 10 teams were there to compete in the harsh conditions of the cold, rainy mid day race.  Racing in up to 30 mile an hour winds the Belvidere North Boys won the conference title for their second straight year.  Nick Lenzen, who finished 5th place out  61 runners  and was the first runner in for Belvidere North. Next up to come in  2nd on the team was Caden McNulty who placed 9th overall. Brandan Massman who came right after McNulty placed 10th overall.  Finishing closely behind Massman was Caden Lendman placed 11th overall. Orlando Hernandez who finished 14th overall was the team’s fifth runner to finish. Luke Smith, who placed 25th overall also finished for Belvidere North as the sixth runner. And Lastly Solomon Foley was the last runner for Belvidere North, placing 48th!

This was a  huge accomplishment for the boys and their coaches. The average time was 16:44:91 Everyone did great and we got to take the trophy home. As for the other scoring, Hononegah placed 2nd, Guilford placed 3rd, Auburn placed 4th, Boylan placed 5th, Harlem 6th, Freeport 7th, East 8th and lastly Belvidere 9th.