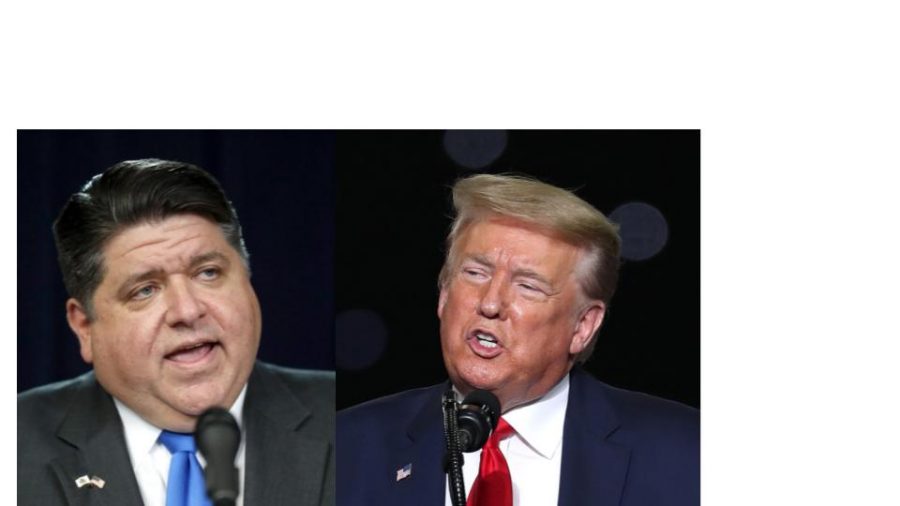 In the beginning of all the pandemic, Illinois Governor J.B. Prtizker, was one of the first states to shut down.

Trump at a rally in Wisconsin said “Illinois could use a new governor, that guy doesn’t know what happened. They’ve gotta open up that state,” but Pritzker responded  that  Illinois economy is open, but they need certain limitations, so the people stay safe and healthy.

Though some may look at Pritzker’s decisions as a mistake, others see the strict shutdown helpful and informed because many more people could have contracted Covid-19 resulting in innumerable  sicknesses and deaths that would have impacted  communities across the state. While Trump seemed to be looking at the economic side of Illinois’ situation and outstanding debt that it faces.

Both people in power, Trump and Pritzker may want the best for the people, but they do have different agendas and their opinions may clash at times. They must get over each other’s disagreements and work together to get the best for Illinois as a whole. If that doesn’t work then steps should be taken to find the root of the problem and start all the way over from there and if that means a new governor or a new president then the time will come. Overall governments and communities should come together and find solutions to the problems that are agreed on as a whole.