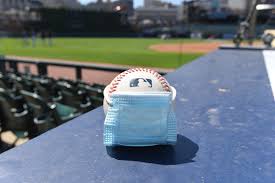 The world right now is like a place we have never seen before. There have been professional sports canceled and delayed. This has affected how sports can be played all around us. This year, teams still played during summer when the coronavirus seemed to have slowed down for a bit, but now, the numbers seem to be rapidly increasing once again.
For the high school aspect of baseball around us, it seems that the IHSA has pushed all baseball teams to play in the Summer, instead of the Spring. This has caused an uproar in the baseball community near us, leaving parents and kids with the choice of whether they’d like to play high school baseball or travel baseball for their respective teams. Parents are now attempting to sue IHSA for leaving high school baseball players without their sport for two years in a row now, due to the coronavirus, and for pushing the season back during the travel season, which is widely known to be during the Summer.
In terms of other leagues, leagues like M.A.B.A, and Belvidere Youth Baseball, these teams are still playing. M.A.B.A is a Fall Ball league where teams compete against each other every Sunday in a doubleheader. After every team has played each other, there is a bracket made with two divisions, basically a gold bracket, and a silver bracket. The bracket is then played out to find two winners, one from each bracket.
Belvidere Youth Baseball is another baseball league that is very popular in our area, it is meant for kids to develop their skills and fundamentals of the game of baseball. The league isn’t particularly meant for super competitive play. This year, there is no Fall Ball league for B.Y.B. due to the coronavirus, but there was a Summer league that was played through the beginning of August.