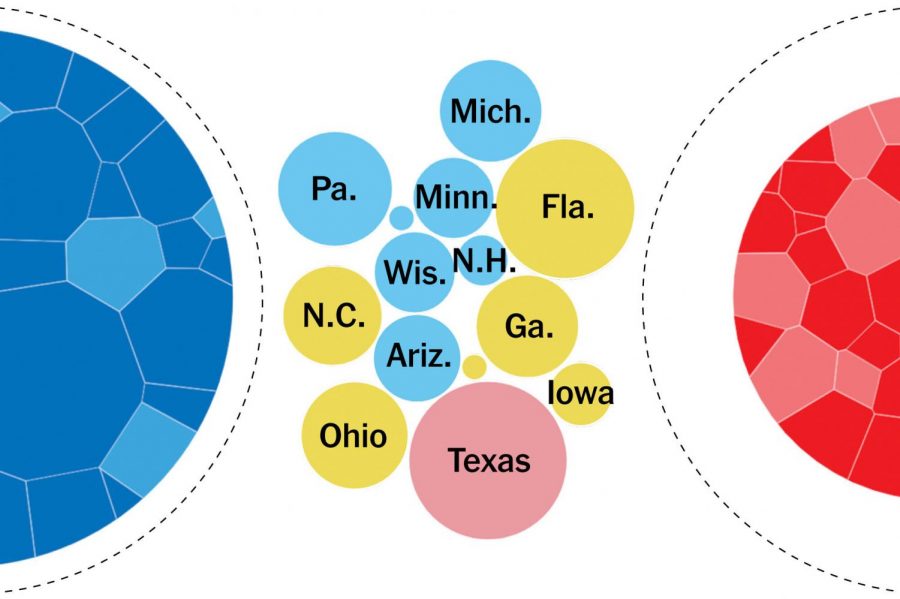 The 2016 election was a big reminder that in elections the presidency is either won or lost in the states, not as much within the national popular vote. These 13 swing states will play a big role in the election, Biden is winning most of those states with a lead in 11 out of the 13 Trump has only Ohio and Texas as of 10/19/20.  As of now with Biden leading these swing states, but nothing is guaranteed to stay this way. Last election Donald Trump lost nationally by 2.9 million votes while winning the Electoral College Majority.
So the question is can Trump repeat this in 2020? It’s possible, but if he loses the national popular vote by an even larger margin than last year’s election, then probably not. For Trump to have a chance at winning he will need to reduce Biden’s national vote advantage, which is currently up more than 10 percentage points. of the 11 states that Biden leads,  2 of the states that Biden has that will be too far for Trump to surmount are New Hampshire and Minnesota.
However, if Trump’s non-stop live event campaign may cut Biden’s lead.  If Trump can cut Biden’s lead to 2 or 3 with  effective  campaigning.    Trump would then need to hold the two states he already is ahead on and  pick up the closely contested states: Arizona, Florida, Georgia, Iowa, and North Carolina. This would still only earn 258 electoral votes leaving Trump short of the 270 votes needed to win the election.