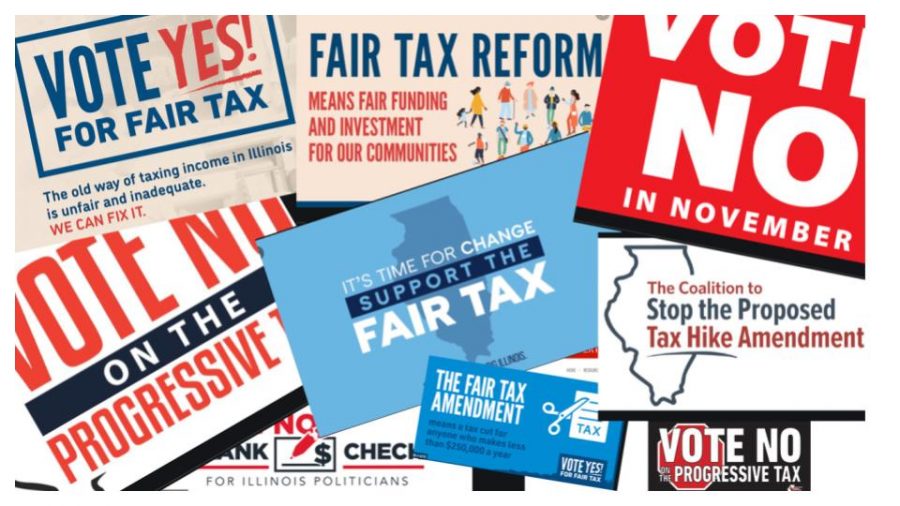 As the election season draws near many interesting issues have resurfaced in order for the public to scrutinize them and determine the solution on the ballot. One such issue is the Illinois Fair Tax Amendment which would be an amendment to the Illinois State Constitution. This is an issue that resonates all throughout America and many people are for it and many are against it. Many states already have such a system in place to better spread out taxes as to not over tax one wealth bracket and under-tax another.

Now what is fair tax you might ask. Fair tax is a system in which how much income tax you pay is based on how much money you earn in a given year. So the more money you make, the more you pay on income taxes, whereas the less money you make, the less taxes you pay. The main goal of this system is to take some tax burden off of the middle and lower classes and move it up to those who make a lot more money and can afford to pay more in taxes. Right now in Illinois there is a flat rate of 4.95% no matter how much money you make. So that means a cashier at your local grocery store is being taxed on their income just as much as a millionaire CEO who owns a fortune 500 company.

This tax hike could also be detrimental by driving businesses and wealthier people out of the state. Many people have already migrated out of the state into neighboring states due to Illinois higher taxes so raising them could cause even more people to leave the state due to even larger taxes. The new rates start at 4.75% and end at 9.75%. This can be quite a jump for many of the wealthiest people in our state. This amendment could see many great changes to our state but could also come with some costly consequences.