A New President of the Decade 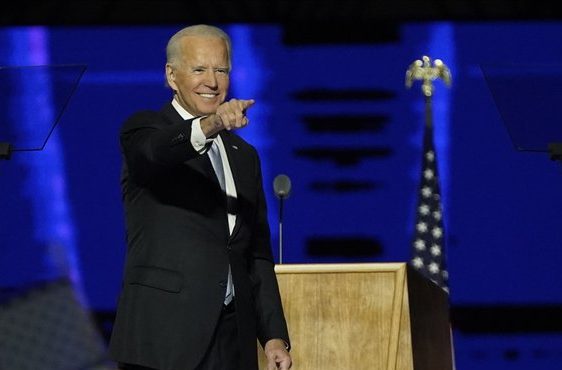 Just when we thought the start of a decade couldn’t get any more hectic, there is a running for who the next President of the United States will be. This year’s election between Democrat, Joe Biden, and Republican, Donald Trump, seemed to be one of the most debated elections in recent history. Joe Biden took his shot in an attempt to get President Donald Trump out of office, and it worked for him.
The beginning of the Presidential Debate was on November 3, 2020. The election resulted in the win of Joe Biden over President Donald Trump. Biden won the election with a total of 279 electoral votes compared to Trump’s 217 electoral votes. With the common theme of Republican votes coming from less populated areas, and republican votes coming from cities, Biden just seemed to squeeze by Trump for the victory.
There are many plans that Biden has for office, but the first is to try to attempt to slow down Covid-19, a widespread virus that is spreading rapidly throughout the world. Joe Biden stated, “I want everyone to know on day one, we’re going to put our plan to control the virus into action.” A few of Biden’s actions will be to double the number of drive-through testing sites, to invest in better testing equipment, whether this is instant tests or the number of tests. Biden is also planning on producing more masks, face shields, and other protection against the virus. This is his plan to take responsibility for states, and territories, rather than leave them to fight for themselves.
A very large belief of Biden’s is to trust science. He believes in Global Warming, he plans to advocate against it. He believes that scientists should be the ones in charge of telling the citizens of the United States how to handle the virus. Biden is also going to be donating $25 billion in an attempt to get every American a vaccine to the coronavirus without making American’s pay a single penny.