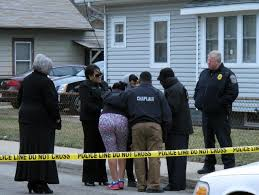 The city of Rockford, Illinois has seen an increase in crime recently. Their numbers of murders, rapes, and burglaries are up there with the highest in the United States. There have also been several arrests made on murders in the past weeks including the murder of Tammy Tracey which occurred 33 years ago.
The city of Rockford has fourteen violent crimes per one thousand people, whereas the rest of Illinois only has an average of four violent crimes per one thousand people. The United States has an average of 0.86 robberies and 2.4 assaults per one thousand people, but Rockford averages two robberies and 10 assaults per one thousand people. Only four percent of cities in the United States are currently seen as more dangerous than Rockford. The chances that you will be a victim of a crime in Rockford in 1 in 71 whereas the rest of Illinois has an average of 1 in 247
A 37-year-old Rockford man, Joseph G. Peppers, was arrested for first-degree murder of a 43-year-old Rockford native, Rachel Dishman. She was reported missing in late October and days later her body was found in a quarry where it was made official that she died of blunt force trauma to the head. The Winnebago County Sheriff’s office named Joseph as the suspect and he will face a judge on December 2nd.
Another arrest was made in a murder case that grabbed the attention of many in 1987. A Mississippi man was arrested for stabbing and shooting 19-year-old Tammy Tracey in 1987.
“33 years later, the mother Linda Tracy, Tammy’s older brother and sister in law finally has closure,” said journalist Ken Decoster. Tammy’s case has frustrated Rockford police investigators for decades and 33 years later they were finally able to arrest 64-year-old Jesse Smith.