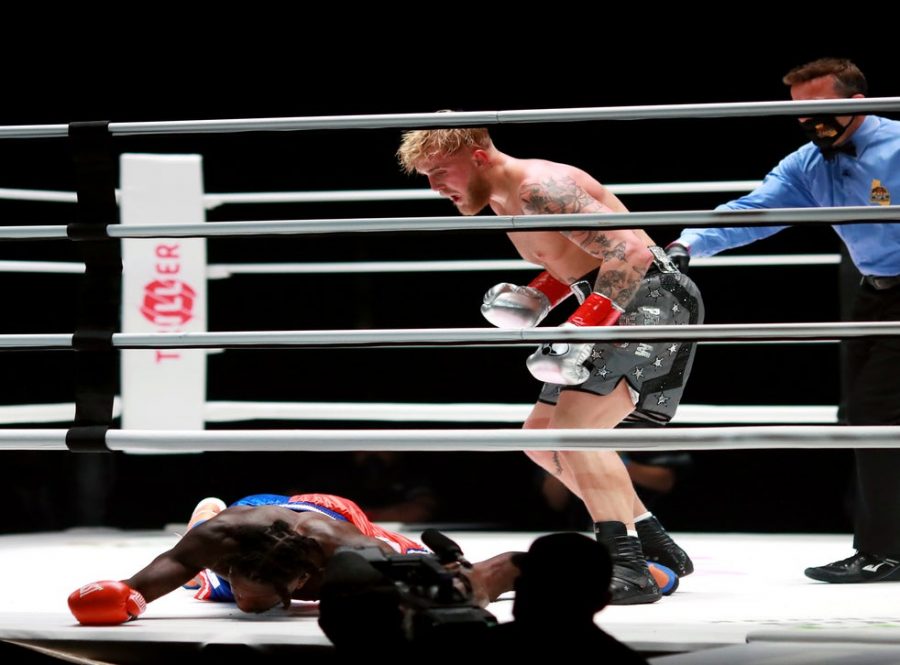 Internet star Jake Paul proved experience matters in his return to pro boxing on Saturday in the co-main event of the Mike Tyson-Roy Jones Jr. pay-per-view.

Jake Paul (2-0, 2 KOs) scored a trio of knockdowns and is in route to a brutal second-round knockout of former NBA star Nate Robinson. The 36-year-old Robinson (0-1), on the other hand, started boxing for the first time in August after calling Paul out and the results showed.

Although he held advantages of four inches in height and 13 years in age, it was Paul’s significant edge in boxing training that proved to be the difference. Along with having made his pro debut in January when he finished fellow YouTube star AnEsonGib in two rounds, Paul has done nothing but train this year.

Paul began to time Robinson’s forward attack and caught him with a right hand to the side of the head that dropped him in Round 1. Robinson regained his feet but held the back of his head with his left hand trying to sway referee Thomas Taylor that the blow was a rabbit punch.

The second round saw Paul continue to land clean shots as a looping counter right hand dropped Robinson for the second time and left him pinned under the ropes. Although Robinson was able to regain his feet again, the end would come shortly. Paul landed a three-punch combination that finished with a short right hand to the chin that knocked Robinson out cold and dropped him face first. Taylor instantly waved off the fight at 1:35.

Robinson was awake and alert once he was taken back to the locker room after the fight, according to reports.