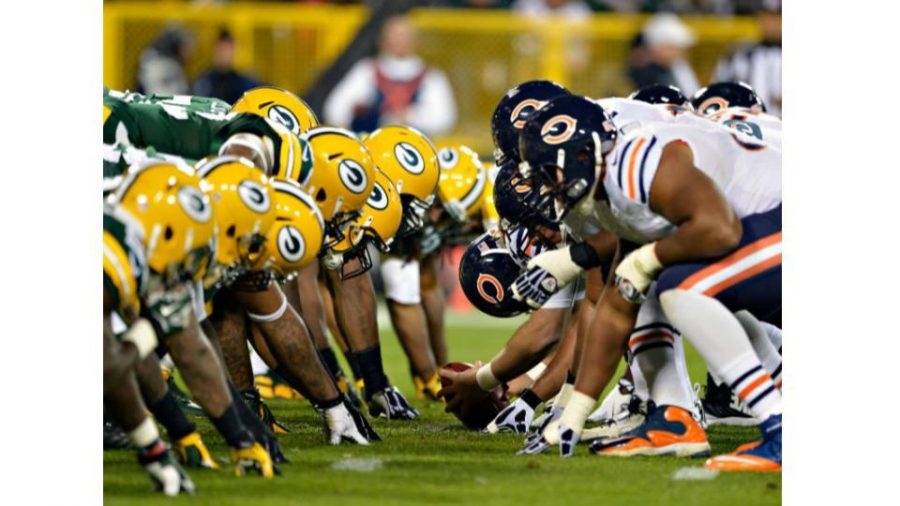 The Chicago Bears and the Green Bay Packers game has been a rival game since the creation of the NFL. They recently met for the first time of the season in Green Bay on Lambeau Field on Sunday. The Packers came away with the win being led by Aaron Rodgers. The Packers continue to lead the division with the Vikings are in second place then the Bears and in last place are the Lions.

Rodgers who is 20-5 against the Bears when he starts led the team with four touchdowns and 211 yards and he completed 21/29 passses. Bears running back David Montgomery started the first drive with a huge run which made the game start off well for the Bears he then led the team and the game in rushing yards with 103 yards. Packers running back Aaron Jones led the Packers with 90 rushing yards and Jamaal Williams also ran for 73 yards. Packers number one receiver and arguably a top five receiver in the game had only 61 yards with 6 receptions and 1 touchdown. The number one wide receiver on the Bears had 74 yards on eight receptions with two total touchdown receptions, he averaged 9.2 yards a reception. The Bears defense went the whole game without a single sack or turnover. The Packers came away with three sacks and two turnovers both from Darnell Savage Jr.

The Bears will face the Lions next week on December 6th which is a huge division game for the both of them while the Bears are fighting for a playoff spot in a wildcard game. The Packers play the 3-6-1 Philadelphia Eagles and the Packers are just trying to hold their number one spot in the division and the conference which would give them a first round bye.