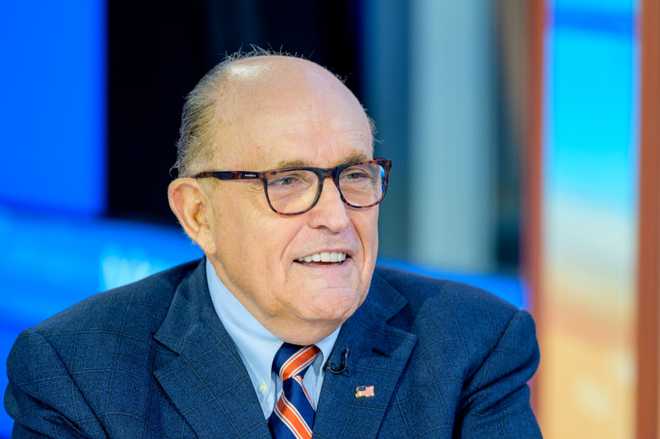 Rudy Guiliani is President Donald Trump’s personal attorney and he was a Mayor of New York. Guiliani has recently gotten Covid-19 and he found out after a positive test. He has been trying to overturn the election claiming he and his people have evidence of fraud. With his positive Covid test came him becoming hospitalized on Monday. The 76-year-old was taken to the hospital of Georgetown University.  President Trump tweeted that “he is getting good care and feeling good.” Giuliani has been seen maskless on multiple occasions whilst traveling across the country trying to resolve his claims surrounding the election. With his traveling, people believe he might have given the virus to other political officials but as of now, none have come forward. With Guiliani being the most recent to contract the virus in Trump’s inner circle it seems so they have underestimated the virus yet again. The nation’s numbers are still rising at record rates and this may be due to holiday travel.

Giuliani has just left the hospital after his Covid treatments. The attorney says he is “back to feeling 100%”. He also praised his nurses and staff, rightfully so, he said “my treatment by the nurses and staff at Georgetown MedStar hospital was miraculous. I walked in with severe symptoms, I walked out better than ever.” After he left the hospital, journalists and reporters reported Giuliani looking in good spirits as he was leaving in the passenger seat of his car. He had an interview over the phone and said he was pretty much symptom-free and he is back to doing fine. He is heading back to work, testifying before the Georgia legislature, is testifying on what he claims are “election theft tapes” on Twitter.