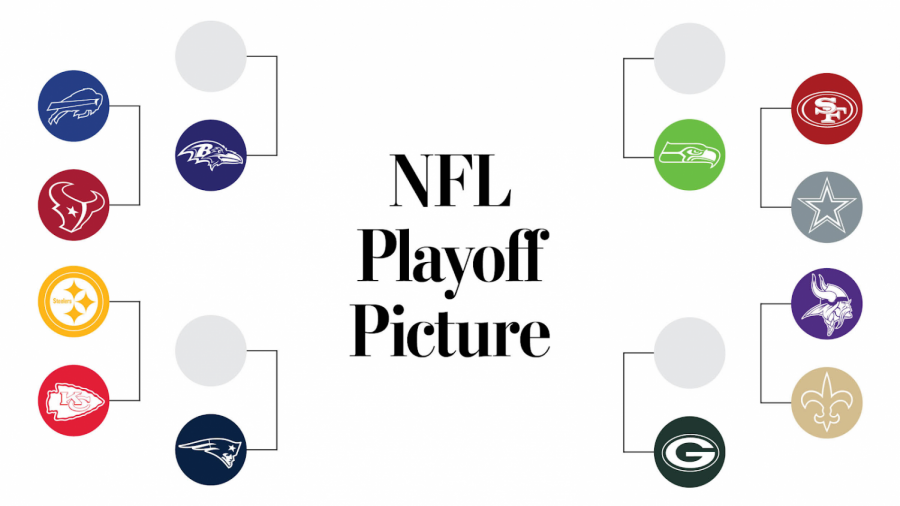 A controversial year in the NFL is nearing playoffs, teams and players are preparing themselves for some of the biggest games of the season. So to recap this season’s postseason rules, seven teams from each conference will reach the postseason. Each conference’s number one seed will have a first-round bye, meaning they don’t play the first round of playoffs. This is also an advantage because they get to study and watch their opponent before they play in a game. With the records of teams being so close during regular season play, playoff spots per conference were not easy to get this season with the new and old talent showing up big for their teams. The Green Bay Packers have clinched a spot in the playoffs being the top seed in the NFC. Green Bay acquired the number one seed in the conference because of the Philadelphia Eagles’ win over the New Orleans Saints. Another big switch in week 15 was Arizona Cardinals passed the Minnesota Vikings to take the Wild Card spot for the NFC.
In the AFC the Kansas City Chiefs have the number one seed, passing up the Pittsburgh Steelers. The following weeks in the AFC will get interesting with the potential to change things around big time. Also, past weeks have opened new holes for teams that weren’t doing so well. Examples like the Las Vegas Raiders have lost their third game in a row. Predictions have been put out but nothing is set in place until these last few weeks are played to say which teams are clinched into playoff spots. Overall, the rest of the season should be interesting and pretty fun watching.