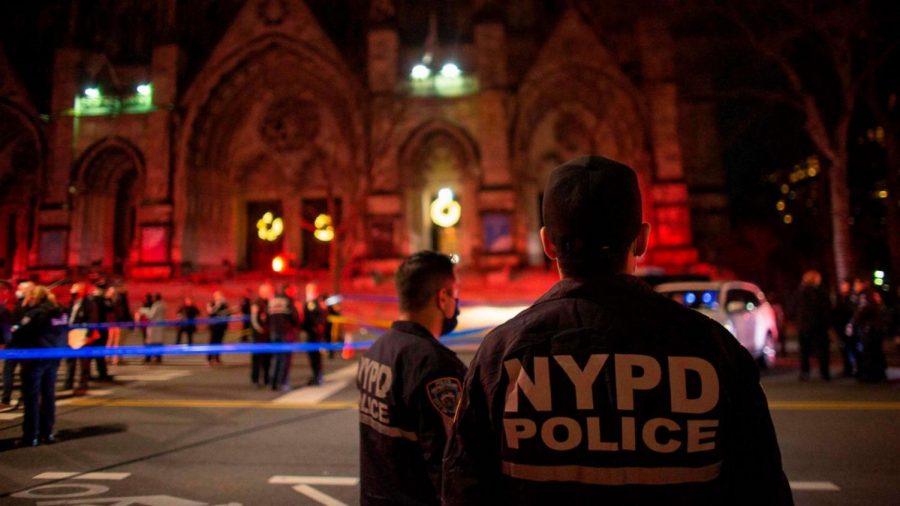 Sunday, December 13th wouldn’t be the normal day for the unsuspecting carolers attending a holiday concert on the steps of a Manhattan church. This day would be one that all attending would remember. A man with pistols in both hands climbed to the top of the stairs of the church, sending a wave of panic over the crowd.
On Sunday, December 13, a group of carolers attended a holiday concert in an attempt to give back to their city, but this isn’t what happened. A 52-year-old gunman would ruin fire warning shots into the air all while screaming, “Kill me! Kill me!” There were undercover cops already on scene, who were rushing innocent bystanders to safety, while in an attempt to keep the man under control.
There was another nearby cop, coming from a hospital just next to the church. Together, these three cops would surround Luis Manuel Vazquez Gomez, the 52-year-old gunman. The cops would be demanding Vazquez, “Drop the gun!” but of course he wouldn’t comply.
Just seconds later, after a round of shots goes off, Vazquez falls to the ground after being struck in the head by a bullet. While this happened, police and bystanders were attempting to figure out Vazquez’s motive on what drove him to do what he did. The man had a history of run-ins with shooting at cops and other people.
It was later found that inside of Vazquez’s bag there were a few items which could all tell the story for themselves, these items included, a canister of gasoline, knives, rope, and a Bible. It was also later found out that Vazquez planned to take hostages captive as a note in his jacket pocket stated.
Continued in the note, Vazquez had written about the United States robbing Latin America and that for him to let the hostages go, they’d have to give the land of Latin America some of their wealth.