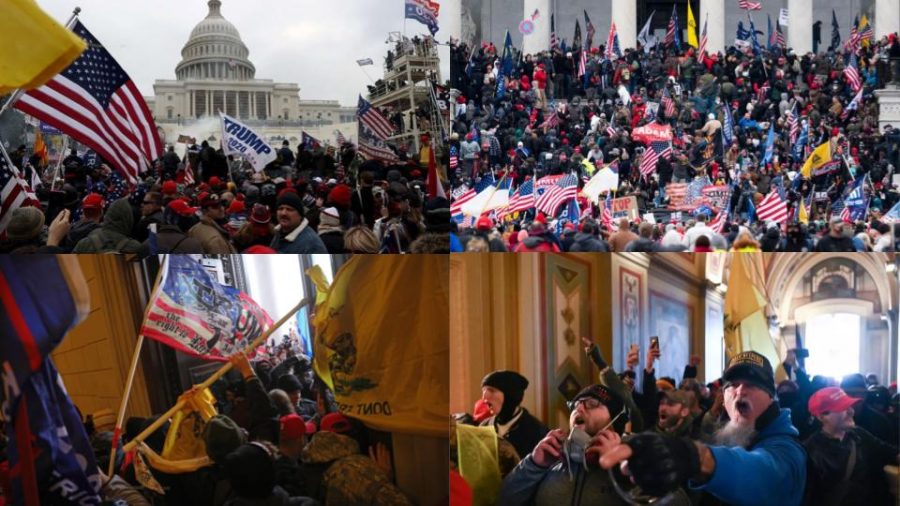 On Wednesday, January 6th Trump-supporting protesters were in front of the capitol which turned into an attempt to siege the Capitol. This event will live in US history forever.
The protests marched  there following a Trump rally.   Soon after the protests turned violent and the crowd of Trump supporters  stormed the capitol, and eventually broke into the building. They were trying to stop congress from counting the votes from the electoral college.
Congress was distressed but continued unfazed by the commotion. “This temple to democracy was desecrated, its windows smashed, our offices vandalized,” Senator Chuck Schumer, the minority leader, said as the Senate reconvened.
Initially, Trump backed from sending in the national guard to stop the violence.  However, Mike Pence did send for the National Guard in to stop the violence.
Many videos are going viral right now. One specifically a woman that was maced by a police officer for trying to run to the Capitol Building; many photos with Trump-supporting protesters  fighting with police.
To The police officers and national guard that was outside the capitol, we thank you for protecting our democracy.
A lobbying group for the manufacturing industry (an entity once aligned with the Trump administration) urged Vice President Pence on Wednesday to utilize powers within the constitution to remove President Trump from office after Mr. Trump’s supporters stormed the U.S. Capitol.
President Trump: “These are the things and events that happen when a sacred landslide election victory is so unceremoniously & viciously stripped away from great patriots who have been badly & unfairly treated for so long, Go home with love & in peace. Remember this day forever!” This message can be taken as invoking the storm of the capital. Trump’s Twitter account and Facebook have both been locked.
One woman who was inside the capitol building with Trump supporters was shot and killed. The woman has not been identified, and no information has been released about who may have shot her.
Again to the officers and the national guard protecting our democracy we at Belvidere North thank you and to those in congress thank you for carrying out democracy through these acts.