A Legacy That Will Live On 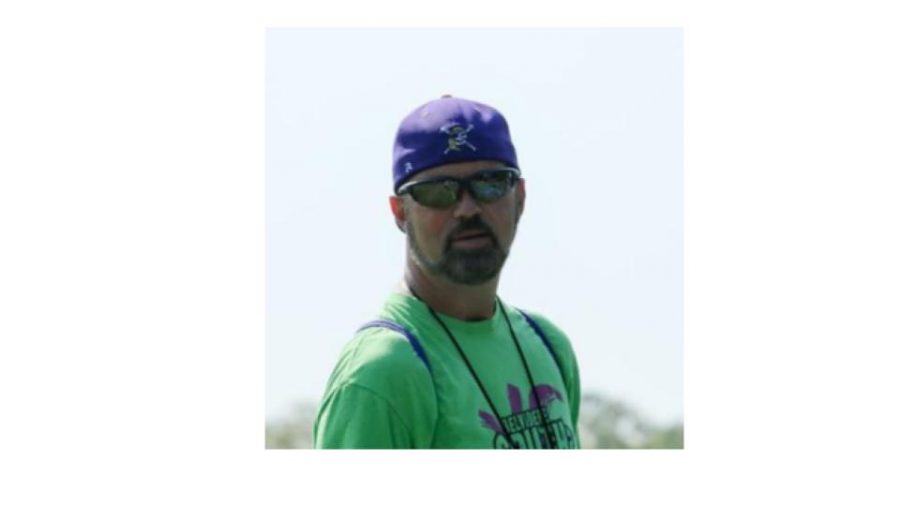 Rob Salley was a beloved teacher, coach, father, husband, and a friend to many, but I knew Rob as my cousin. I decided to reach out to many of Rob’s friends and colleagues to find out a little more about his impact on others. Everyone of his friends had something to tell me about Rob, and they are worth sharing.  As I spoke to many of Rob’s friends and colleagues. I was not only shocked to hear some of the stories about Rob Salley, but of the fascinating journey not only he had, but the fascinating  journey that he shared with many others. I learned alot about Rob Salley on my own journey through talking to the people that he made a connection with, and the lives that he has changed for the better. As I share some of  his stories,  think about the things that people have done for you, and  think about who are the ones that may have changed your life.

The first person I talked to was Tiffany Minnick. Mrs. Minnick is a teacher at Washington Academy, and she taught with Rob for seven years. Mrs. Minnick told me about the things he did for everyone while she worked with him.

What were some of the best experiences you’ve had with Rob?

“Rob Salley was a mentor to all new teachers. He taught a lot about how to be a good teacher.” She said to me. “He encouraged us, and stood up for us, and made sure things were fair.” “He was also very funny. We had a big team, and he could always keep us all laughing.”

Can you share a specific time that you can remember?

“It was the end of the 2008 school year. All the teachers were picking up the last of their things. Rob had organized some races, my favorite race was “Recycle Race” We would sit in the big rolling recycling bins and someone would push us down the hall.”

What is the most important thing you want everyone to remember?

The most important thing everyone should remember was that Rob was an encouraging teacher and a great leader.

The second/third person I talked to was Mrs. Dahlseng. Mrs. Dahlseng was the assistant principal of Washington Elementary School, now called Washington Academy for one year. Mrs. Dhalseng was Mr. Salley principal at Perry for five years.

What’s one thing you remember about Rob?

He told me that even though he was leaving he would still be committed to helping everyone in Washington.”

What were some of the things Rob did for the school? “One of the great things he did was plan and organize the school dances. The dances were one of a kind, and it made the students and teachers so happy. We all had a great time. Mr. Salley always brought Ian with him. He also did limbo. The limbo always kept us laughing.”

What impacts did Rob have on the the students of not only Perry School, but at Washington Elementary as well. ?

“Mr. Salley always had lesson plans that only taught the student but made the lessons fun. Mr. Salley loved to see how much his students had learned and grew in his class. Then when he started coaching a few years later, he really got to see how much his students had grown over the years. Mr. Salley was a respected teacher, coach, and person. Everything he did, he did for everyone in the schools.

What were some of  Mr. Salley’s greatest qualities? “Rob Salley was a great person to be around. He was funny, and best of all, he was an amazing leader. The schools will hold him in their hearts forever.”

The last person I talked to Was Mr. Tim Brooks. Mr. Brooks was a coach with Rob, and a very close friend. He was very excited to talk about his friend Rob.

How did you first get to know Rob?

“Rob and I started coaching together in 2015. We coached together for three year, then he moved to the High School and started coaching boy track and cross country. In track he was an assistant coach, in charge of the long jump and the triple jump”

What were some of the memorable things you and Rob did together?

“Rob and I loved to mess around with the kids. We would pull pranks on each other and other people. But, he was also serious with his work.”

Can you explain a little bit more of his relationship with Rob?

“Well, when Emma was a junior in High School. I got a call from the High School asking if I could take over. Rob helped me a lot. I wasn’t used to coaching High School. He was a wonderful help, and it made starting out as a High School coach much easier. I had a friend from High School I knew. But Rob was a true friend. I loved him and he was truly the friend I ever had.”

What was Mr. Salley’s relationship like with the kids he coached?

“He had this way with the kids as a coach. He was a father figure for the boys. He was sympathetic with the boy’s needs. He wasn’t that way just with the boys but with everyone. Rob was always there to listen and understand.”

Is there is anything that you would like to add?

“Well, I had a daughter who got good grades, and Rob was the first teacher that gave her an F!…” “Everyone he taught with and coached with, and everyone he was around in the years that he worked with as a teacher and a coach learned a lot from him. Belvedere will miss him. He will be my best friend forever. Rob was one of a kind, and I mean one of a kind.

After talking to Mrs. Minnick, Mrs. Dahlseng, and Mr. Brooks, I learned a lot about my cousin. I listened to everyone tell me their stories with Rob Salley. Things that others didn’t see. Each person had a connection. Mr. Brooks as a best friend, and coach; for Mrs. Minnick, a role model and always knew how to make her and everyone else laugh. How he knew just how to be the perfect teacher to his students, and how he was strong. Mrs. Dahlseng, as not only a role model, but as a protector for her from some of difficulties a new principal may face. He taught many others how to know just the right things to say, and about being honest and true to themselves and other people.

Everything he did, will not be forgotten. As you read the story and legacy of Rob Salley, think about the loved ones that have passed. Take a moment to think about them. Take part in their favorite things, and always remember that there’s more to someone than you may realize, things that you may never know. And be grateful for everything they have done for you.